The case of Alejandro Rodriguez is a prime example that any ICE detention should always be challenged with the help of an experienced immigration lawyer.

The American Civil Liberties Union reports at their website the case of Alejandro Rodriguez who lost three years of his life where Immigration and Customs Enforcement (ICE) locked him up without a bond hearing, despite that he posed no flight risk or danger to the community.

We went to court to challenge his detention, and Alejandro eventually won his immigration case after an immigration judge ruled that he need not be deported for his relatively minor convictions.  But Alejandro lost three years of his life, and time with his children, for no reason.

This week, we won a victory against one of the most draconian features of our immigration detention system: the government’s practice of putting immigrants like Alejandro in long-term lockup while they fight their immigration cases, without ever holding a bond hearing to determine if they should be behind bars in the first place.  In Rodriguez v. Hayes, a federal district court ordered bond hearings for hundreds of immigrant detainees in the Los Angeles area, where the government will finally have to prove that their imprisonment is justified.

This ruling reaffirms that no one should be locked up for months or years without a hearing to determine if their detention is actually justified. Only with the help of skilled immigration lawyers, an immigration hearing could be scheduled and Rodriguez as a result could finally go free. What’s more, the judge decided that there was no grounds for deportation at all.

To avoid that such events will happen in the first place, anyone in ICE detention should consult with an immigration lawyer at the very first convenience. The immigration lawyer can not only help to get the detainee out of detention on bond quickly, he will also help the entire immigration case and increase the chances for a positive outcome.

WE CAN HELP YOU 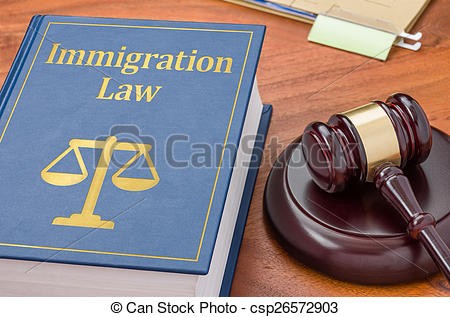 In the last few days, Immigration and Customs Enforcement in the United States released several hundreds of minor offense detainees from ICE custody. The reason given for the releases is “in order to stay within Read more…