In the last few days, Immigration and Customs Enforcement in the United States released several hundreds of minor offense detainees from ICE custody. The reason given for the releases is “in order to stay within budget because of the looming possibility of sequestration”. In other words: Releasing those detainees will cost less as compared to keeping them in custody.

A decision by Immigration and Customs Enforcement to release hundreds of immigrants from its custody who are awaiting deportation proceedings has sparked mixed reactions.

The agency says it took the cost-saving step in order to stay within budget because of the looming possibility of sequestration.

On Tuesday, ICE released figures that 303 immigrants have been moved in recent days from Arizona detention facilities to less costly forms of supervised release. The releases represent less than 12 percent of the total number of immigrants detained in Arizona.

Immigrants have been released from facilities all over the country, but national figures could not be confirmed by ICE on Tuesday. The agency instead said it has “reviewed several hundred cases.”

Not surprisingly, this move immediately drew criticism from several, including AZ governor Jan Brewer and Senator Jeff Flake. According to the governor, releasing detainees at this point was “the height of absurdity” since sequestration cuts have not yet taken effect.

While this is certainly a big relief for all those who were in custody, facing freedom entirely unexpectedly, it is important to note that the persons released will still face deportation proceedings in immigration court. It should also be noted that those affected by this wave of releases are considered “minor offenders” where officials did not see a risk for evading court proceedings as a result of their release.

The vast majority of ICE detainees today will still have to follow proper legal procedures for a release on bond.

WE CAN HELP YOU 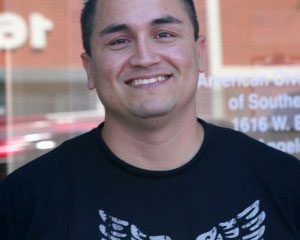 The case of Alejandro Rodriguez is a prime example that any ICE detention should always be challenged with the help of an experienced immigration lawyer. The American Civil Liberties Union reports at their website the Read more…